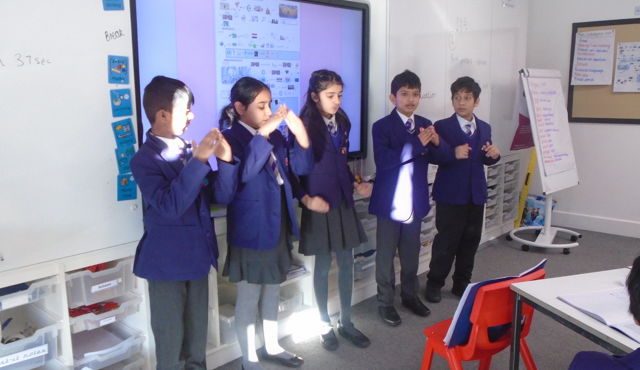 This week year 5 have enjoyed learning their new story map and making their own actions. In maths we continued long multiplication. Continuing our theme of the House of Wisdom in history, we compared the Islamic Golden age to the European ages. For Science Year 5 classified solids and liquids noting their particles. We had a fantastic week keep it up Year 5!

This week, the children in Year 6 have worked hard to complete their non-chronological reports on World War II. Following our shared work on the Blitz, they constructed informative paragraphs on a range of subjects, including: animals in the war, evacuees, military vehicles and how the war began. In Maths, we have continued work on decimals, multiplying and dividing by whole numbers. Whilst in Science, we have connected various components to create working (and non-working) circuits.