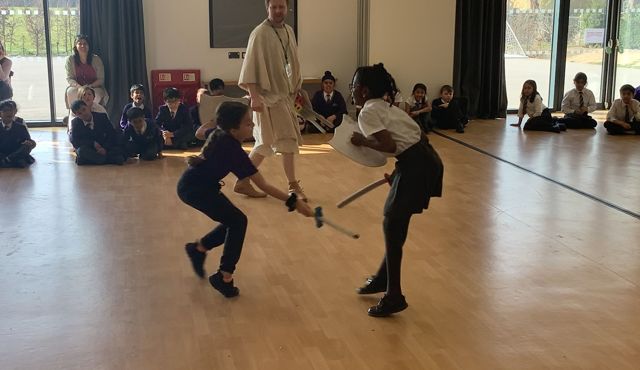 Earlier in the week, the children in Year 4 were involved in a whole day of activities based around the ancient Romans. They wore armour, helmets, held shields and fought in the Roman arena. They also played Roman games, which the children enjoyed. After the day, the children were able to plan their instructions ready for their hot tasks.