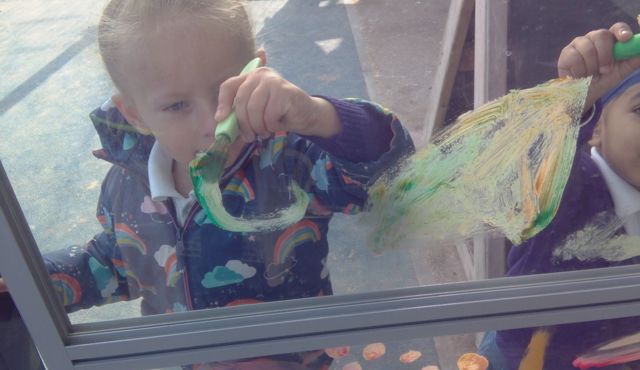 Nursery have had another busy week, continuing their text ‘Cave Baby’. The children have enjoyed painting, making different marks and drawing their own cave animals. We had a great Geography Discovery Day, where we each had our own stick, as we went for a long walk around the school. We then added different objects to our sticks which we found along the way. We listened to the different sounds we could hear, and spoke about what we could see. The adults have seen some fantastic Maths in freeflow. A group of children had a race on the bikes, wrote their names on the ground using chalks and as the adults timed them, they wrote down the times. We then discussed who came first by looking at which number we came to first on the number line. The children then used marks so they could say who came first, second and third. They decided to draw a gold star for first, draw a green sticker for second and a green cross for third.