Year 1 learn about the history of Brooklyn Bridge 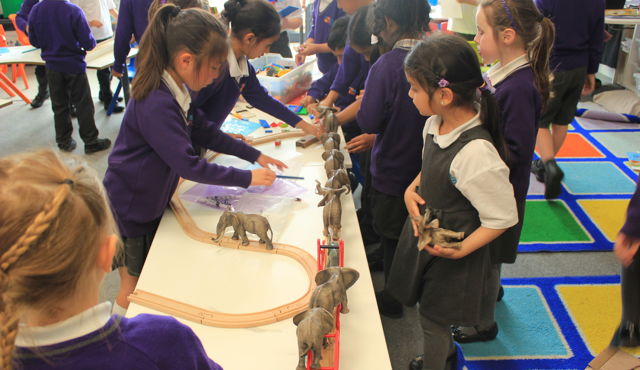 This week the children in Year 1 listened to a story about the history of the Brooklyn Bridge in New York and learned about the way the bridge was tested for safety before it was used.  They role played being engineers and tried to build a bridge that would be strong enough to hold 21 elephants.  Some were successful and some were not, but they all identified the correct materials and properties that were needed to build the bridge.